A grey day in August did not prevent our members enjoying their annual pub lunch together at the Phoenix Inn on the A30 near Hartley Wintney. Originally a coaching inn of yesteryear it has morphed into a high quality dining establishment that proudly displays a Les Routiers sign at the door. President Nick Waring made this his choice in the months prior to ascending to high office. The food on offer on the main courses went from a vegetable selection up to a Chateaubriand but it is doubtful that any of us went to that expense since after all we are pensioners.
There were two tables of ten and eight and then tables for four people which is why some people appear not to be seated with their wife/partner as they were sitting opposite. Gerry and June Anslow, together with their two lady guests, left before the photographs were taken. 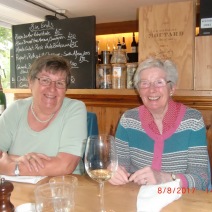 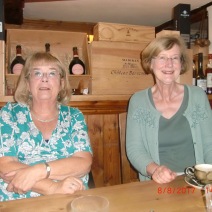 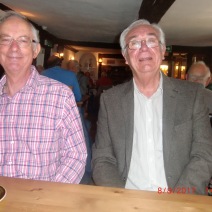 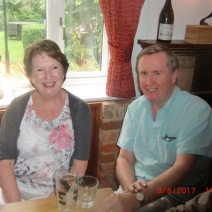 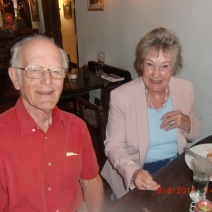 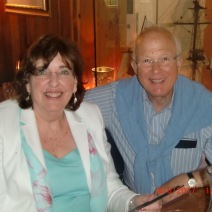 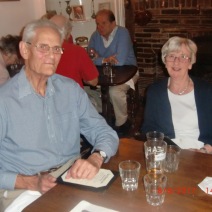