The annual Probus Club of Basingstoke Summer Pub lunch took place at the Swan Inn, Sherborne St John on Tuesday 9th August. It was attended by thirty six people, consisting of members, wives/lady friends and friends who had an enjoyable lunch time with with quality food and wide menu choice.

The choice of venue was made by Fred Locke in the spring, while still Vice President – it was his selection of this hostelry that made it the success it was on the day.

While the photographs show the attendees it is slightly bemusing that several of the “couples” don’t appear in the same photograph as their other half – there are no prizes for identifying who belongs to whom! And sincere apologies are offered to Lesley Atchison who is missing off the photograph that contains Rob Hopkins and her photo bombing husband Tony Atchison. Even deeper apologies are offered to Nick Waring and his lady, Ann, who didn’t get photographed at all. They shared a table with Tony and Lesley Atchison and it must have been the standing presence of Rob Hopkins who threw a wobbly at the man behind the camera. A pity that these days he can’t blame the last frame on the film being used before he reached their table. He does suggest that on the next occasion any one should shout out if they do not get photographed. 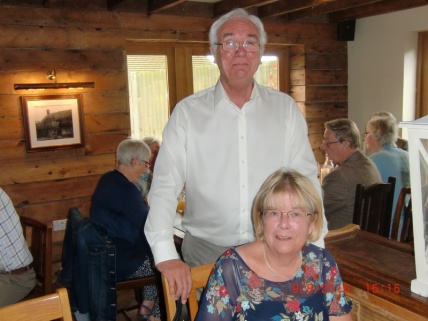 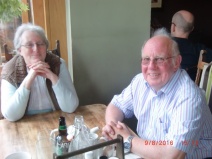 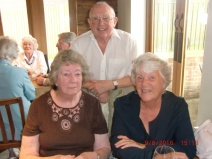 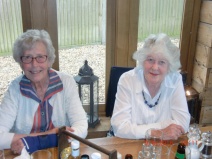 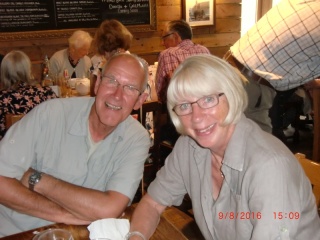 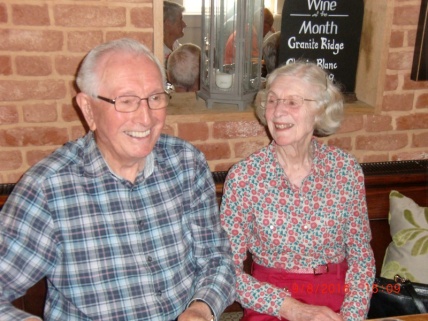 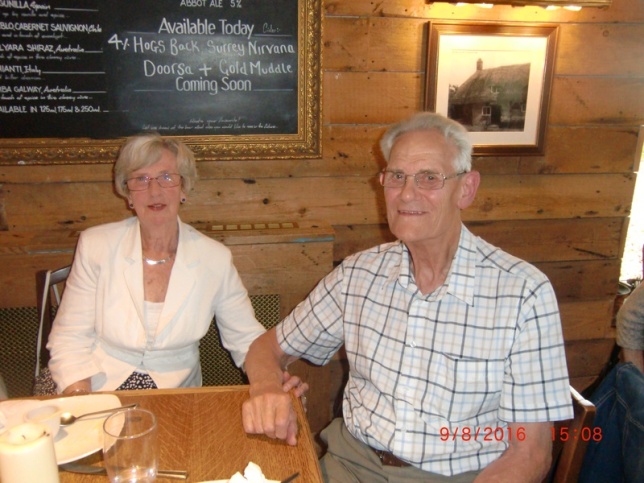 Richard Tanner, a retired head teacher from North Waltham, gave the Probus Club of Basingstoke an informative insight into the ancient Incense Routes that were so important to the Middle East well before and after Christ. The nativity story of the baby Jesus receiving gifts from the three Kings of gold, frankincense and myrrh is well known. To hear that incense had a value, weight for weight, greater than gold puts some perspective to the importance of this commodity. How was incense produced and where did it come from? And the Queen of Sheba comes into the story too.

Richard’s interest in the topic came whilst he was teaching geography at the ‘Royal’ school in Amman, Jordan. This teaching post gave him the opportunity to travel throughout the region.

The term incense, that includes both frankincense and myrrh, refers to a substance that emits a fragrant aroma when burned. Resins are collected from certain tree barks during winter which were found only in the arid regions of Southern Arabia and to a lesser degree in Eastern Africa. As early as the 8th century BC, incense was popular across the ancient world for sanctifying religious ceremonies and masking the pungent odours of burned flesh – from cremations and human sacrifices – and sewage.

Richard described the route taken by incense traders, at first by sea along the coast of Dhofar to the port of Qana in Yemen. The prospect of continuing by boat up the Red Sea was dismissed due to difficult wind patterns and the threat of pirates. The inland route chosen, using camel trains, had extremely difficult terrain with robbers determined to get their hands on the valuable cargo. .For some 1500 miles it followed a route parallel with the Red Sea through Medina and on to Petra, thence to Gaza on the Mediterranean coast.

The inhabitants along the route were Nabataeans. They were experts in trading and desert agriculture with skill in water management with its collection and storage in reservoirs. They played a central role in controlling the incense trade route. They built 65 fortresses and resting stations in strategic points along the route to serve and protect the convoys set at a distance of a day’s walk, while the journey could take three months.

The ‘Incense Route’ reached its peak during the 2nd Century AD. At this time the Romans had succeeded in sailing directly down the Red Sea to Southern Arabia. From the 4th century AD when Christianity became the official religion, the practice of sacrifice and cremations was avoided and there was a return to ordinary burials leading to a significant reduction in the demand for incense. Finally, following the Moslem conquest of the area in the 2nd half of the 7th century, heralding a further decline in the demand for incense, the trade route died out and the resting stations along the route gradually fell into decay and were deserted.

And the Queen of Sheba? She came from the kingdom of Saba, in present day Yemen. Legend has it that she travelled up the Incense route to Jerusalem to seek the Wisdom of Solomon. And she brought the same gifts the Magi afterwards brought to the infant Jesus.