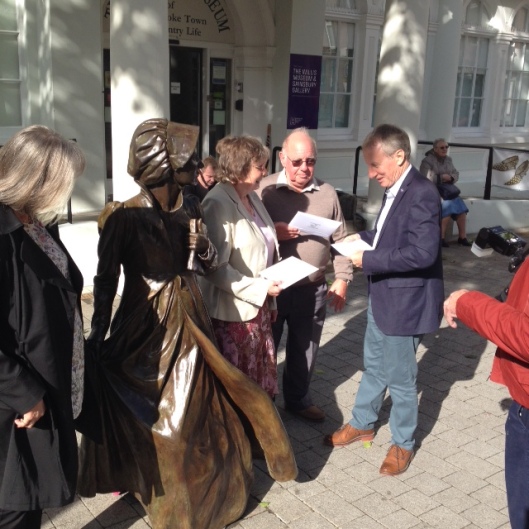 Probus Club member John Terry featured in the Basingstoke Gazette on Thursday 14 September as he was one of the winners of a competition to Spot The Bench by identifying the Sitting with Jane benches around the town from photographs of small sections of each bench. The competition was organised by Basingstoke Deane Rotary whose past president Alan Gibson presented the prizes standing close to the recently unveiled statue of Jane Austen outside the Willis Museum in the market place.