Built in 1014 as a hunting lodge for the King of Saxony and today a hotel and Youth Hostel, its most famous face was that as a Prisoner of War camp for allied officers in WW2.  Hermann Goering, Hitler’s deputy, in 1939 described the castle as escape proof.

Colditz Castle became the most famous PoW camp during the war as it became the last ditch place that persistent escapees from other PoW camps were sent. It was the destination that the father of the speaker at the last meeting of the Probus Club of Basingstoke, the social club for retired professional and business managers, found himself in 1940. Peter Storie-Pugh (later full Colonel CBE MC TD DL) had been captured at a battle near Douthens and had escaped twice before ending up in Colditz Castle the place that ensconced officers from Britain, France and Poland.

His son, also a Colonel, Piers Storie-Pugh, who has a particularly impressive army CV, told of the experiences his father endured during five years of captivity. This started with a march from the station across the Adolf Hitler bridge towards the foreboding castle. There were 400 seasoned troops back from the eastern front set to keep control of 800 prisoners. Despite this ratio and with due respect for the actual position of the castle on a promontory there were 300 attempts to escape of which 130 were successful. There were 33 “home runs” where British officers made it back to UK.

Capt Pat Reid was the initial British Escape Officer who maintained that things ran on strict military lines.  He escaped in 1942 with three others to Switzerland subsequently becoming the consultant to the film The Colditz Story. It was important that British escape plans did not interfere with any from the French or Polish prisoners. It took up to nine months from the inception of a plan to fulfilment during which time it was necessary to create the circumstances to give the escapee the best chance of success. This could include creating suitable clothing to match German military uniforms or ladies’ skirts and blouses as well as forging the necessary documents. They carved tunnels, hid in the laundry, climbed over precipitously high roofs, vaulted over high fences and, of course, made the famous glider. This had been constructed in a supposedly locked loft room made from bed sheets and planks from the stage. It had been calculated that it would fly up to 1000 feet and was kept in reserve in case problems occurred with German troops inside the castle.

Peter Storie-Pugh was involved in assisting 21 escapes. Some were not successful in that the escapees were recaptured and kept in solitary confinement and fed on bread and water. The first successful escapee was Airey Neave, dressed as a German corporal. He became a barrister, worked for MI9, was elected as a Conservative MP and murdered during the Irish troubles in 1979 when his car was blown up on the ramp from the car park in the House of Commons.

Many rowdy games were played in the castle court yard as well as putting on stage shows that held the attention of the guards and covered up potentially noisy escape workings. In the meantime moral was boosted by a secret radio giving the football scores courtesy of the BBC and receiving coded letters from home and postcards from successful escapees. Peter Storie-Pugh also carried out a correspondence course with Cambridge University and gained a BA while still a prisoner.

This multinational mix of prisoners drawn from all three services from 2/Lt to General cooperated in escapes, shared cold, starvation and frustration, but seldom boredom as they tried every method of escape. But they kept German guards away from fighting against our troops. Colditz Castle was liberated by the US Army on 15th April 1945 but the first person to enter the Castle by Jeep was a delightful young female war correspondent. A very welcome sight for the men of Colditz who should not be compared to today’s lightweight celebrities but were true role models who exhibited the finest personal qualities against a back drop of a world war.

Thursday 7 June saw 31 souls consisting of members, wives, lady friends and some from the Ladies Probus Club of Basingstoke having a splendid trip by coach to Exbury Gardens.

Situated at the southern end of the New Forest and adjacent to the Beaulieu River the property was bought by the de Rothschild family in 1918. During WW2 the house was used by General Eisenhower, Churchill and General Montgomery to plan the D Day landings.

It has been a lifetime’s work for several generations of the de Rothschild family in creating one of the finest woodland gardens in the country extending to over 250 acres. Described as, ”bankers by hobby, and gardeners by profession” the gardens also include a narrow gauge steam railway conceived in 2000 and taking over two years to bring to fulfilment.

It had been hoped that the rhododendrons would still be in bloom but this year’s spring weather put paid to that although there are a few late varieties still in flower. Our group had the benefit of a guided tour while some less mobile used the services of a golf buggy complete with informative driver. The afternoon encouraged a ride on the steam train which took in parts of the garden not accessible on foot. 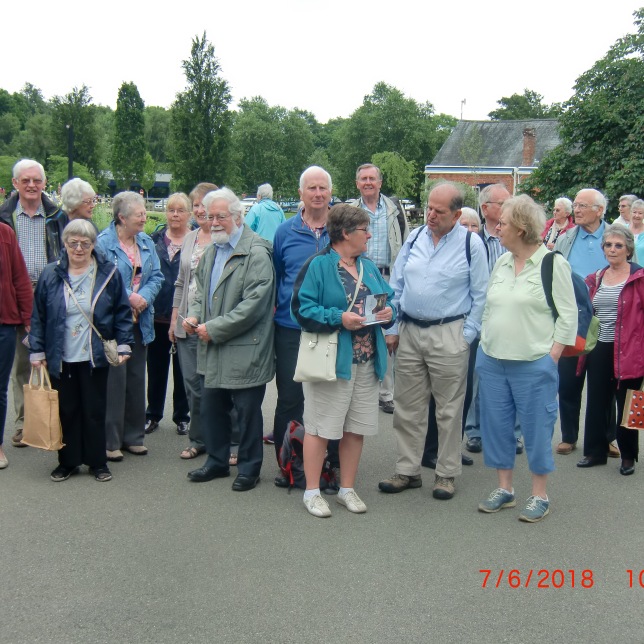 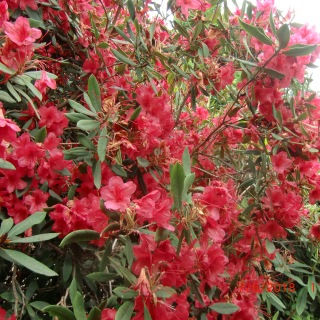 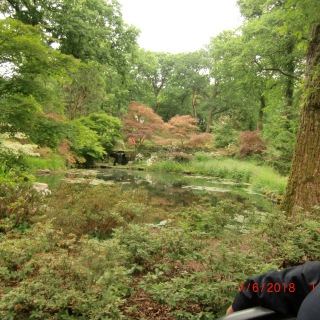 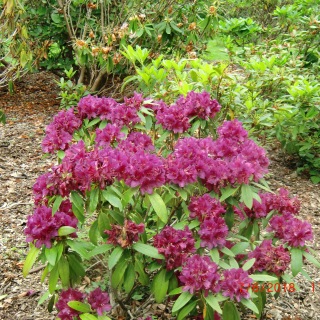 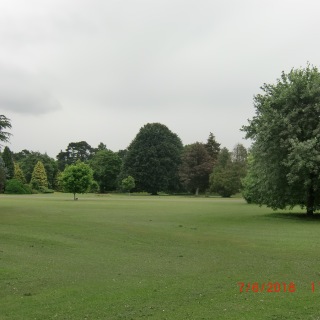 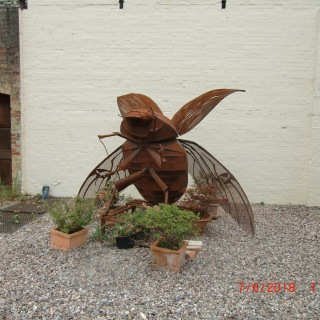 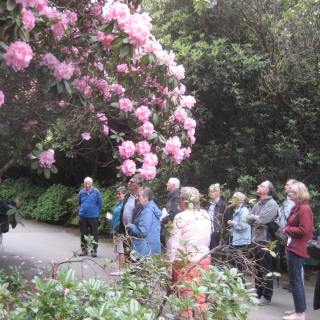 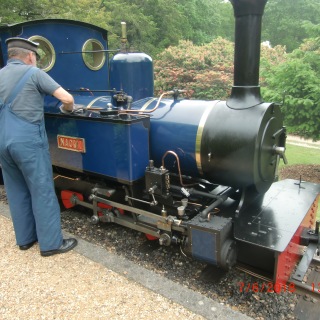 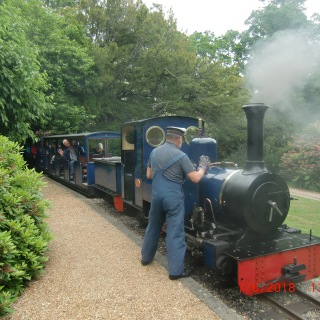 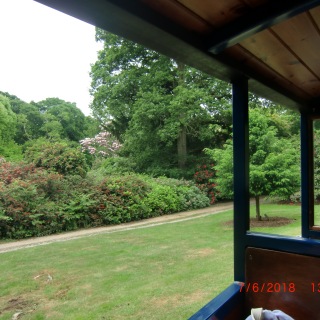 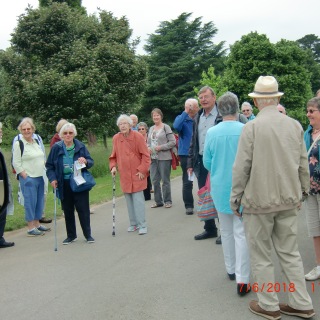