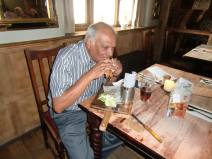 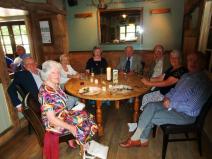 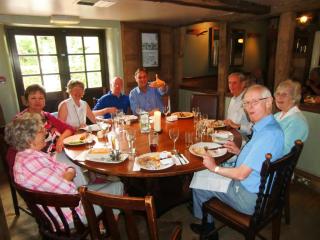 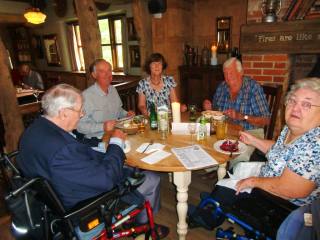 The annual summer pub lunch of the Probus Club was held at the Portsmouth Arms in Hatch Warren when over thirty members/wives/partners enjoyed a convivial occasion as can be seen from these photographs.

One of the highlights was the giant veggie burger enjoyed by Rama Murthy who had devoured most of it before the photograph was taken. Much to the surprise of those on the next table, he consumed the lot with hardly a crumb left on the wooden platter.

Two people were celebrating their birthday, Mike Jarvis and Jay Hudson, but neither chose to disclose their age.

Where was the President, you ask? He was behind the camera as sometimes happens to record the happy scene.