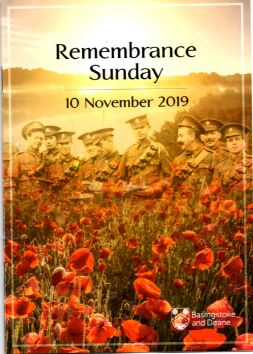 Sunday 10 November was a dry and sunny day and probably helped in swelling the congregation at the annual Remembrance Sunday service at the War Memorial situated outside of the Basingstoke Civic offices.

Our Probus Club was amongst many organisations present to place their poppy wreaths in tribute to the fallen in all conflicts in the 20th and 21st centuries. 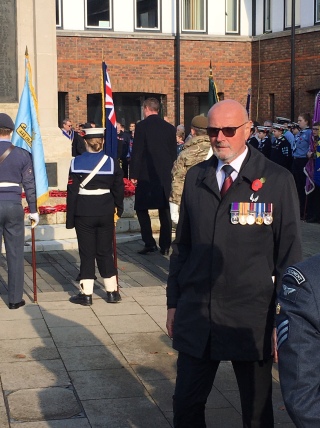 Our Hon Secretary, Jonathan Ratcliff, laid our wreath, accompanied by Vice President David Wickens who was also there in his Scouting role.  Executive Committee member and Borough Councillor, Paul Miller attended in a civic role and Derek Roberts sang in the Basingstoke Male Voice choir. Publicity Officer Paul Flint with partner Janet Fagg were members of the congregation.

Both Jonathan Ratcliff and Paul Miller also attended a shorter service at the War Memorial on Monday, the actual Armistice Day of 11 November.