Dale Greenwood, a qualified Blue Badge guide is a man also very much involved in historic railways, gave a talk to the Probus Club of Basingstoke which was about a local subject; the Basingstoke to Alton Light railway.  Most people will have seen the small section of railway track in the centre of the roundabout at Viables on the Harrow Way and possibly wondered about it.

It was laid very close to the original position of the light railway that was opened in 1901 between Basingstoke and Alton. The line was the first to be constructed after a decision in Parliament to allow light railways to be built, with great savings in costs, as a way of increasing economic activity in sparsely populated areas.

The original idea that the London & South Western Railway Company had was to open up a route to Portsmouth. Passengers could travel from Waterloo to Basingstoke, then on the light railway to Alton and thence on to Portsmouth.

Light railways had restrictions, being built, as the name suggests, to a lower standard than traditional routes, which meant that only lighter engines could be used and were restricted to a top speed of 25 mph.

Our light railway was mainly single track with, initially, only three trains in each direction daily. Stations were built at Cliddesden, Herriard,  Bentworth & Lasham and Butts Junction outside of Alton. While all the stations had sidings only Herriard had two platforms. The stations were hardly close to their village names and most of the cottages seen today close to them were built for the railway workers. The cost of the venture was £50,000, being a quarter of the typical budget had the line been laid to the usual standard.

The total distance was only 12 miles and because of the stops and speed restriction the journey would take 45 minutes. During WW1 the tracks were removed for use by the army in France. The company hoped that it would never reopen but due to public 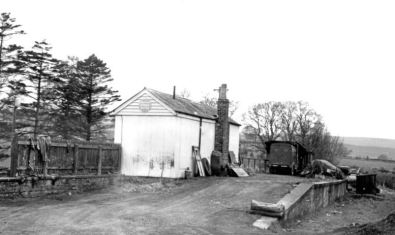 pressure the line was relaid and opened in 1924. It was never a commercial success and passenger services ended in 1932 but a goods service continued from Basingstoke as far as Bentworth & Lasham until the line eventually closed in 1936. The whole of the line was dismantled except for short stubbs at either end – from 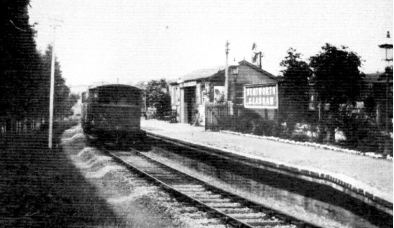 Basingstoke in to the Thorneycroft factory (now the site of Morrisons supermarket) and from Butts Junction to Alton Park, the Treloar Hospital. These short stretches were used for goods traffic until 1967.

The railway was used for the filming of the 1929 film “The Wrecker” and the 1937 film “Oh, Mr Porter” which starred comedian Will Hay and featured Cliddesden station as the fictional Buggleskelly.