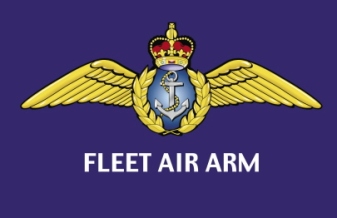 This was a 1950s/60s advertising slogan for pilots for the Royal Navy’s Fleet Air Arm. I had been interested in flying since, at the age of 15, I had cadged a ride from a member at the London Aeroplane Club at Panshanger, near Hertford, where my family home was. He took me up in a Tiger Moth for about an hour, and we even did some aerobatics (not bad for a first flight!). I was pretty well hooked. When I went to University, I joined the RAFVR Squadron there. We flew Chipmunks – a bit different from the Tiger Moth – and were based at the Filton Aerodrome of the Bristol Aeroplane Company. Quite a laugh – taking off in a Chipmunk from the 100-yard-wide Brabazon runway that was 4.5 miles long. You could do several take off and landings in its length, and with the right cross wind, you could take off in its width. My service with them was ended when, instead of achieving my solo at the summer camp, I spent 3 weeks in the officer’s sick bay with a nasty bout of jaundice. Rather than having to go back a year in training the following September, I resigned.

It came alive again when I took my final exams in Chemistry, with the realisation that the last thing I wanted was a career as a chemist! I got through my degree, with the knowledge that I wanted to get into flying. Having decided that dark blue suited me better than RAF blue, I applied to the FAA. All went well with the selection procedure, interviews and aptitude tests. The medical was the final hurdle. To my – and the Naval doctor’s – consternation, it was found that I had limited hearing above 4000 Hertz in one ear. The MO told me that it was noise damage and guessed that I had done a fair bit of shooting, and that I was right-handed (all too true!). He said that the recent introduction of the Belgian FN automatic rifle had done the same thing to some of their marines until they introduced ear protection. I had a second assessment at Millbank, but the result was the same – so, no flying for me!

This goes back to the age of 11. At my prep school, they had a 25yard indoor range for .22 shooting. For a small fee, I could learn about target shooting. On arrival at my second school, I found that, not only could I shoot at a smart indoor range in the winter and spring terms, but in the summer, we cycled a couple of times a week the 2 or 3 miles to an outdoor range in a valley of the South Downs. Meanwhile, the Master responsible for shooting, with the CCF Sergeant Major, drove up in his brand-new Ford Popular with 8 or 10 .303 rifles and a load of ammunition. There we shot at 200 and 500 yards. I took to this, and for 5 years had 2 terms of .22 and one term of full bore, with occasional inter school meetings at other ranges in Sussex, and then the yearly Ashburton Shield meeting at Bisley.

Remembering that this was the 1950s, no one had heard of earmuffs for target shooting. Although you could buy earplugs at the shops at Bisley, I couldn’t afford those. The result was one damaged hearing and no “Flying Navy“ for me. Bridget said that it had saved my life!

Although I had told the FAA that I wanted to fly helicopters, they said that I would fly whatever they told me to fly. I had done well in the flying aptitude tests, so it could well have been fixed wing jets. At that time, the Navy’s fast, carrier-borne jet was the Supermarine Scimitar. This was a big, heavy, multi-rôle, twin jet aircraft, operating from small aircraft carriers, such as HMS Illustrious and HMS Hermes. In service, 39 of the 76 aircraft purchased were lost to accidents, often during landing at sea. I have been told that, at that time, the average service life of a Naval fast jet pilot was about 3 years! Bridget was undoubtedly right!

The moral is, tell your young people to look after their ears when they are exposed to loud noise, and wear suitable protection!